Skip to content
Attitude of ok21 towards efforts to reform the Catholic Church. 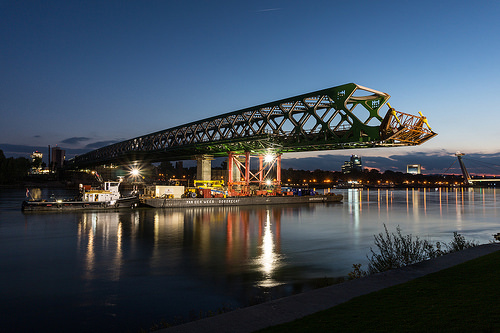 Picture: Re-building of the “Old bridge” in Bratislava, Slovakia

The articel was prepared for the 3rd International Conference of Priest Movements and Reform Organizations in Chicago October 17-20 2016.

In recent years, we have become cautious in our relationship to the reforms of the Roman Catholic Church. The Roman Catholic Church, represented by Rome and its official power, has plenty of organizations, people, instruments and funds to reform itself. Only If they would want to. We should be bearing two burdens – to live faithfully as Christians in disgrace and on the edge of the official church and, at the same time, devote our strength to its reformation. We agree with and want to talk about the idea that the reform movements need to be reformed. It is important for our work in ok21 to understand how the reform movements, with which we cooperate, reform themselves and where they are heading. Therefore, we are in from the beginning from the beginning: in Lucerne, then in Limerick and now in Chicago.

Catholic Christians live both on the church bank as well as on the bank of the world. The bridge is very well protected and to get to the church bank is possible only with a valid passport and the necessary visas, otherwise we can feel like unwanted guests or stowaways. Visas would not be issued for those seeking reform, ordained women, married priests, homosexuals, remarried people.

It is difficult for all those who care for the liturgy and sacramental ministry of the Church. It is difficult for all those whose existence depends on the Church. If they will be denied visas, they will loose their employment. We are looking for a place where we would feel like heirs, of the 2000 year history of the church, with all its positives and negatives. But we want to remain free so we can get rid of the burden that, as the time passes, has enveloped the Christian tradition and ourselves.

The bridge between the Church and secular powers

The second millennium of Christianity was a millennium of the power of the Roman Catholic Church. The Church and the powerful ones of the world had always competed for power and had shared it as well. There were two powers and only one nation. It wasn’t possible to live outside the Church. Today, not only are there two powers, but even nations are divided between the church and the world. The church forces reformers out into the space of the world. But the reformers can emigrate to a world in distress. We feel a bit like emigrants indeed. We do not belong to the “church power” but at the same time we live in relative freedom from the “power of the world”. We are aware of all the limits of the Church as well as of the world – superficiality and a tendency to live at the expense of the people. We live on the border of the church’s and the world’s power; we don’t belong to any of these and at the same time we belong to both.

The bridge between the Church and Democracy

The Church says about itself that it is not a democratic institution. Through its influence on the politics it abuses he democratic procedures in order to enforce its objectives by means of secular laws. It fails to convince  its own church members about its ethical concepts, e.g. the issues of sexuality and family, and at the same time it insert them into laws in such a way so that they would be valid for all citizens. In several countries of our region, the Church is trying to establish its power through lay civic associations that lead a “proxy war” in order to enforce a conservative perception of the family and sexuality on behalf of the Church. In the most recent year, three central European countries held politically oriented referendums against homosexual partnerships.

The bridge between the Church and Wealth

Unlike the US, the monetary relationship of the European churches and religious communities has adapted to very different situations: total secular independence between the state and churches (e.g. France); state power guaranteeing the collection of the church taxes (e.g. Germany); funding of pastors’ wages and the operations of dioceses by subsidies from the state budget (e.g. Slovakia). In Slovakia, all the diocesan priests as well as the priests of religious orders receive from the bishop a state-funded salary, but the nuns of the religious order have to earn their living by secular employment. However, the employees of pastoral services in the secular models are also under pressure. The reason is that the bishop and the parish decide about them and pay them.

The bridges between the reform groups

The Reform movements as pontifices

The archbishop´s residences tower above towns and cities throughout the whole free world like the Vatican does in the middle of Rome. In Chicago as well as in Bratislava. We live in the illusion of bridges – but the residences, palaces, have gates and most of the time they are closed for the majority of us. We have to be very careful so our tight reform efforts would not become merely a bribery of the mighty so that we could get visas.

If we want to build bridges, we have to know, what kind of goods we would move or at least smuggle through them. We see building bridges as an important task of this conference in Chicago as well as other similar meetings.

What we want and what we do not want

What we do want on an existential level

We want to try to form communities that would help us to „survive“ on the margins of the Church. We do not want to be without a spiritual source. But at the same time, we want to have an environment to share our spiritual experiences with as our own children, friends and our immediate and broad surrounding.

What do we want on a local level

We do not want to establish another new church. Nor do we want to build parallel structures alongside the Roman Catholic Church. We want to form, on the borderline of civil – ecclesiastical society, crystallization nuclei of new ideas. So the like-minded as well as random passers-by in our society would have a place where they can get refreshment as well as new perspectives. We want to help many „compatible“ individuals not to resign. And further more we want to influence the broader public opinion.

What do we want on a global level

Palaces and cathedrals still stand, but the larger global structure of the Roman Catholic imperium has already collapsed. Our reform efforts often seem as a desperate sifting through the ruins where we look for usable material to build something new. Together, with like-minded groups, we want to look for something new that has never been here before. We are aiming for uncharted territories. But a lot of people have been facing this challenge during the 2000 years of Christian history. Let us not be afraid to accept this challenge!

Let us look for at least of minimum of agreement, so we could cooperate. Let us listen to each other, engage in dialogue and searching; let us discuss topics that are challenging and in which we would find it difficult to reach a compromise. Let us try to stay together despite differences.

Articles for reading before the conference.