Skip to content
Between 1980-1983 we hiked across almost every month except during winter because of the footsteps in the snow. In total we made about 30 trips and we brought thousands of books to Czechoslovakia. 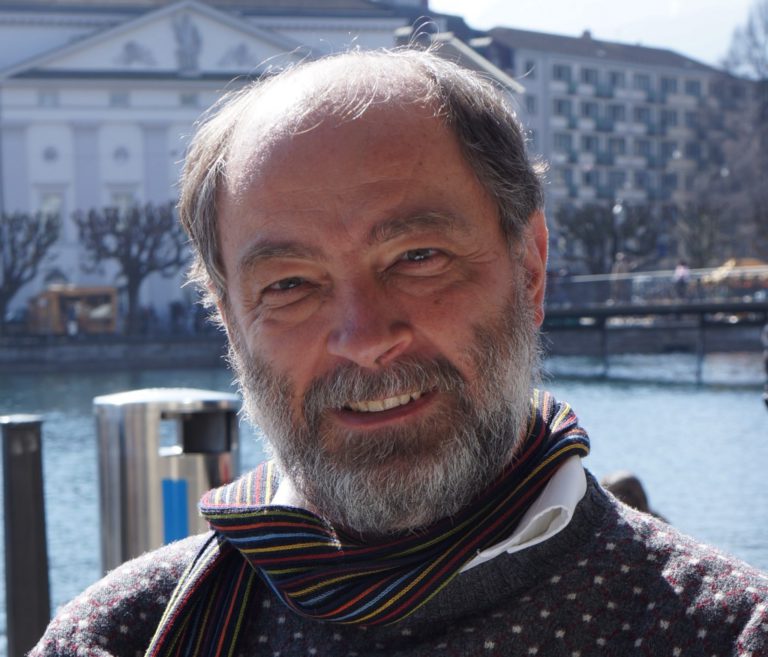 I grew up in a strongly Catholic family, where both of my parents and their families were opposed to the communist regime.  My father’s sister, who is still alive at 90 years of age, is a religious sister.  She entered the religious community before communism, when I was a child and I was always impressed by her religious vestments. The communists prohibited the nuns to dress in their habits, but the nuns were very strong, and they said: “NO!” The communist regime didn’t want the world to see how they were treating nuns so they accepted the decision of the nuns, but concentrated them in some special houses, where only the nuns lived, or allowed them to work in some special houses with the mentally disabled people. In some way, this was a contradiction:  they normally would not have allowed it, but they wanted the nuns care for their own children who were sick.  They new it was a very difficult job and not many people like to do this job.

My father’s uncle became a Jesuit priest and was sent to a concentration camp. But we as family were allowed to visit him and sometimes he was allowed to visit us. These are among my best memories of him, his gentle and generous spirit.  He was a great narrator and told me and my two sisters many Bible and missionary stories. He was a man with humour, wisdom and an open mind. I was always impressed by his ability to accept his situation with ease and never complain about it.

These people in my family constantly spoke to us about crimes against humanity and democracy. This had a huge influence on the atmosphere where I was raised.  So, from the very beginning of my childhood, my goal was to be different from the model which communism created in our lives. The Catholic church was at that time for me an example, a symbol for a community, for a single man or woman who wanted to live with honesty, pride, and truth. Perhaps this was one of the reasons I dreamed of becoming a priest…

As an adolescent, the priestly and religious ideal was,  for me,  an admirable, lofty, ambition.  It spoke to my desire to be a free person, not a slave, who because of fear is totally obedient to the communist regime.  This ideal of priesthood and the religious life attracted and inspired me for its spiritual ideals and for the opportunity to serve people and be close to them. I was so fortunate as a young student because of my background which automatically introduced me to the community of many religious and priests who were in communist prisons between 1950 and 1960. After prison they were not allowed to work officially as priests and religious. They had to do manual, hard work like everyone else. At that time, but also today we call all these spiritual people the  “secret, underground  church”. For me, all these people will remain, until my death, an example of beautiful men and women, free, joyful and attractive because of their wonderful character and closeness to each other, forgiving those who persecuted them. These religious people never accepted the new communist situation.  They never accepted that their lives in a convent or as parish pastor had ended. These people were so faithful to their own religious vocation, that they lived it as if there were no political change. They just lived it,  without convent, without community prayer,  without their religious clothing, or without their official pastor activity.

One of these typical religious activities is Christian  education. Part of this education is the reading of religious books. In communist Czechoslovakia this kind of literature was forbidden. The books were written or translated in Czech and Slovak language in Italy, Germany, Austria, Switzerland, France, Canada and USA – in the countries, where Czecho-Slovakian emigrants lived,  especially Czech and Slovak priests.

A great problem in the 70’s and 80’s was that all religious literature had been destroyed.  The question was, how to bring these books to the hermetic closed Czechoslovakia? One of the few possibilities, very risky and dangerous, was smuggling these books over the mountains from Poland. As you probably know, there was a big difference between the communist regime in Poland and Czechoslovakia. At this time the Catholic religion was so strong in Poland that the regime in Poland was less confrontational with the church because it risked creating some kind of revolution. And so the publishers of the religious books started to send these books from all the countries to Poland for safe keeping. At that time, the border between (socialist) Poland and Czechoslovakia was not as strictly controlled as the border between Czechoslovakia and Germany and Austria with the iron curtain.

One day when I was in my twenties, one of these former religious men who I admired so much, named Silvo Krčméry,  asked me if I would consider organising a group of courageous men in Slovakia and make contacts in Poland to smuggle religious books between the borders. I spoke to my religious superior, Fr. Sebastian, who was a Capuchin Priest. I was the member of that order.  I still remember his answer.  He said, “Peter, are you not too scared to do it, it is so dangerous.  If they catch you, you will go to prison.” My answer at that time was: “Yes, I have a big fear, but on the other side I feel, that somebody has to do this job, because it is so important to have good religious books and we can not allow the communists to corner us, and not do anything. That was the beginning of our smuggling of religious books across the Tatra Mountains between Poland to Slovakia. The first few times, I crossed the mountains to Poland alone.  Perhaps you remember in 1980 there was a “Stan wojenny”  which means no-one could cross the border during the government of General Jaruzelsky. Over the next couple months I searched for some young people who had the same enthusiasm and vocation to do this job and finally chose few of them and we started our smuggle mission.  Between 1980 – 1983 we hiked across almost every month except during winter because of the footsteps in the snow. In total we made about 30 trips. During this time we brought thousands of books to Czechoslovakia. Every hike in the mountains was very dangerous, avoiding the Polish or Slovak National Guard who patrolled the border. When we met in the mountains we exchanged bags, we gave our bags with food to our Polish friends, and in exchange they gave us their bags full of books. When we met, we organised the next meeting, and ALWAYS changed the location of our next meeting. In these 3 years we experienced some very, very dangerous moments, when soldiers with dogs were very close to us, but , fortunately, the dog didn’t smell us.

In June 1983 I escaped to Austria, got political asylum, officially entered the Capuchin order and was sent in the same year to Rome to study theology officially. The group I had organised continued in their smuggling activity. Unfortunately, in December 1983 this group was arrested by polish soldiers, and they spent a year in a Polish prison. For weeks, nobody, not even the families, knew what happened with their sons, they had just disappeared. After 1 year of prison in Poland the polish government decided to send them to Czechoslovakia. They expected another prison term, but, by this time this case was pretty well known in the whole world and U.S. President Ronald Reagan accused the communist regime of keeping these young men in prison just because of smuggling of religious books. The media about this situation put pressure on the Czechoslovakian government, and they were set free.

There is a sentence in my language: ČLOVEK SI ZVYKNE I NA ŠIBENICU. Which means: Humans can survive everything, even the penalty of death (the electrical chair). This words mean: The men survive, if he is able to accommodate himselve to the situation, even if the situation is very bad, hard to survive. It’s nice to be a christ id a democratic country, like USA, Western Europe etc. It is not so easy to be or to practice christian religion in an islamic country, or in a regime of dictator like North Korea, or some other country of communism etc. But, us we know, in all these countries and in all difficult and sad situations there are christians. They live very simply, silent, nobody knows about them, but they live, they have this ideal of Jesus Christ, in whom they trust, from whom they get courage to live and give the testimony for Him. The situation of the “underground church” in Czechoslovakia was not easy, but Christians survived and gave beautiful testimonies of their faith. What we did, we did for Christ and because our love of people. We didn’t have the time and the council to discuss what to do,  how to do it, if it was correct or not, if it was approved by the hierarchy of the church, or if it was dangerous or not. These were moments, we had to decide quickly, seriously, silently, we just had to do it. There are moments in everyone’s life when you don’t have time and the possibility to ask, you just ACT because of your conscience. We did it, we are not heroes, we are normal, simple Christian people.

Although we are getting older and we may start forgetting some of our many activities, there is one principal we will always remember with thankfulness: we refused to accept the dictatorship of the communists and we did what we had to do.