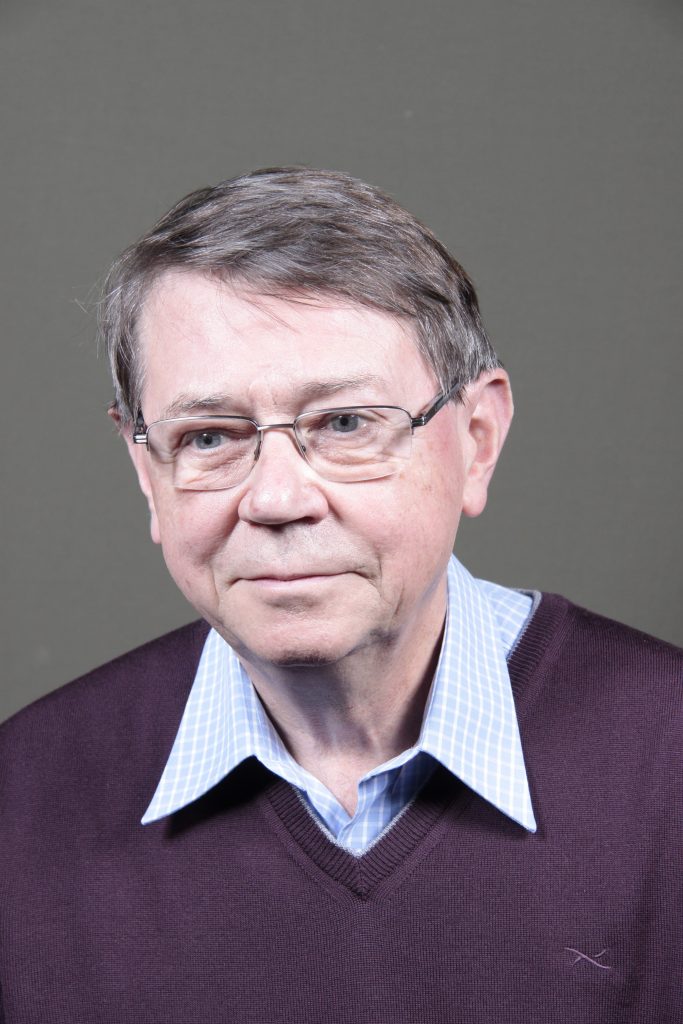 In totalitarian Czechoslovakia the Church with the attributes – secret, underground, clandestine was born. The period of persecution dates back to the Communist putsch in 1948 up to the revolution in 1989. The part of the clandestine Church that was suppressed by the official Church authority in 1989 is described as silenced.

Struggle for freedom in the Church was awarded by the Herbert Haag Foundation in 2011. The Prize was awarded to bishop Dušan Špiner and Davídek’s vicar-general Ludmila Javorová, first woman that was ordained as a Catholic priest in 1970.
Bishops Dušan Špiner and Jan Konzal are involved in today’s agenda.

M. Davídek (FMD) and his Koinótés community is a special chapter of the Church history in Czechoslovakia. The publications that dealt with this topic after 1989 are in Czech or Slovak, but also in German and fewer in English (biography Out of the Depths and The secret clergy).

The traditional Church structures were paralyzed or completely eliminated after 1948 (in particular the Greek Catholic Church and all religious orders).

Strategies of survival of Church structures:

In case of Mexico in the 1920s, there are a lot of documents about long-term struggle, secular diplomacy, Church diplomacy, directed, as well as spontaneous resistance to the totalitarian regime and attempt to preserve the Church or religious life.

Mexican faculties with validity for Czechoslovakia are referred to as analogy. The first one to award the exceptions = “faculties” was Pius XII in November 1948 through three Czechoslovak bishops, who were in Rome at official visit ad limina.

Full power for priests (of Western and Eastern Rite)
ordination of priests, celebrating the sacraments, exceptions from the canonical age, venue and materia, teaching of theology and religion,

Exceptions of place and time
everything is valid and allowed without communication procedures, intended in CIC for “peacetime”

Succession of bishops of the clandestine Church from 2 January 1951 until the end of 1989:

With the exception of FMD each of them ordained just one bishop.
Korec and P. Dubovský consecrated further bishops only after 1989.

2nd branch       of Bedřich Provazník: Provazník, consecrated by Kočiš, parted from the Davídek’s branch in 1971 together with Jiří Pojer and Jozef Dvořák after Koinótés synod (Christmas 1970, Kobeřice). The branch continues through → Fridolín Zahradník to the next successors, including bishop Ján Konzal.

3rd branch        of Dušan Špiner: Dušan (Spiridion) Špiner is the youngest bishop, consecrated directly by FMD (in 1979, at the age of 29), who became also his coadjutor, which means he had specific powers during his life, as well as the right of succession after his death. Dušan Špiner consecrated several other bishops in Czechoslovakia and abroad.

4th branch        Koinótés Community: in total 12 other bishops, probably without successors, further (at least 5) are not publically known.

Education
The exception from education applied to the clandestine ordinations until 1989. Most of the clandestine priests and bishops (increasing number after the 1960s) had a secular university education, as well as a job in the field they had studied. Theological and philosophical education improved in the “underground universities” in the 70s and 80s. Unfortunately, despite that, after the fall of the Iron Curtain, it became obvious that there was a huge difference compared to the established continual western universities.

Theology
Under the pressure of totalitarian political systems of the 20th century, Catholic theology reflected its defensiveness and inability to fundamentally influence developments in the society in which it acted. Theological thinking “after Auschwitz” had another image in Czechoslovakia. Especially after the suppression of the Prague Spring and the entry of troops in August 1968, we did not see our situation as “after Gulag” state. We will hear about it in the section about theology of the dying Church and theology of “průšvihu” (mishaps, bummers, troubles).

FMD and theology
Davidek’s “multidisciplinary theology” or “cybernetic theology”, described in detail by Frantisek Mikeš, is also special. In the theological debate, FMD commonly used the informational terms, such as receptor, noise or redundancy.

Theology gets to know God by analogy in a process, the target of which is a constantly better understanding. Life practice is faster than its theoretical reflection, and therefore faster than knowing. According to Davidek’s model, a theologian must constantly overtake current theological thinking; otherwise they cannot lead those who are entrusted to him. In the theological thinking, we must not fear to be mistaken.

Parousia means the culmination of the Church in the dreamt-of, expected or predetermined Omega. Sacraments rather than knowledge prepare us for parousia.

In the 1960s the Vatican Council took place in the Church, in terms of global thinking, however, biologization, psychologization, computerization and in the culture post-modernism and happenings started. Theology as a dynamic system can be helpful only if it can integrate in itself a wide spectrum of human effort and knowledge.

Cross-bred of biologization and the Second Vatican Council was the expectation of the Catholics that the attitude of the Church to birth-control and equality of women in general would change.

In terms of perception of the modern hormonal birth-control, separated from the global theological trends, FMD arrived at similar arguments as the Western critics of Humanae vitae. FMD did not accept the division of birth-control into “natural” and “artificial”; however, he transferred the focus to the ethical decision-making. It depends on how I use the birth-control in service of developing a good, loving relationship between a man and a woman.

Women’s ordination
Women’s ordination was classified by the Roman Congregation for the Doctrine of the Faith in 2002 (former Prefect J. Ratzinger) as an unlawful act of “pretending the sacrament” and the Vatican did not admit a debate on the validity and permission at all.

Ľudmila Javorová became the first Roman-Catholic priest in the modern history of the Church. It is said that a strong argument in favor of women’s ordination is known as Davídek’s illumination in prison.

In one ward in the male part of prison, even a half of men were priests. They consoled each other, conveyed theological knowledge and celebrated sacraments to each other. Behind the thick wall, in the female part of the prison, there were a lot of women in need of consolation, who were suffering even more than men. However, imprisoned nuns could give consolation to themselves and also mutually “only” without celebrating the sacraments. If this had been one and only injustice and asymmetry in the world, in Davídek’s opinion there was a reason to repair it. FMD seriously dealt with the theological justification of his decision to ordain women and he also prepared this topic as one of the main topics of the pastoral Koinótés synod, which he summoned at Christmas 1970 in Kobeřice. Regarding the issue of women’s ordination, Koinótés movement literally split into two halves. FMD, however, did not give up his idea and ordained Ľ. Javorová to the priesthood immediately after Koinótés synod in 1970.

The official Church insists on blind obedience. From antimodernist era up to Ratzinger’s research of  orthodoxy, hundreds of theologians lost their jobs and thousands were frightened off. The Church propaganda eliminates an original opinion, free attitude and independent action in the area “outside the Church”. To let oneself being pushed to the edge means a frustration, which can’t be born on the long term. For example in Czechoslovakia, married women were not ordained. They usually received just a diaconate. There were fewer than 10 women’s priests and probably no female bishop. It is in contrast with certainty, with which married men were ordained. In the interview for Betrayed Prophecy Ludmila Javorová expressed it very forcefully – she replied to the question whether she stayed in touch with other ordained women also after the Velvet Revolution, as follows: “To be honest, I’d rather avoid this question. Since some withdrew from ordination already under totalitarianism, we have not come back to it. I respect when they don’t want to talk about it. First it was quite difficult for me because I wanted to know the reason and the reason is the following – woman can’t bear pressure, uncertainty, solitude for a long time. It’s not a terrain for a woman. I understand that when they felt how big the mass against them is, they thought it might be better for them to fit the way they fit.”

Clandestine Church is not an alternative for the current times
FMD did not establish the “Clandestine Church” or a new Church, a religious sect or a social political organization. All activities of Christians during oppression by the totalitarian regime in Czechoslovakia in the underground related to the central Roman Church as a fixed point, directed by the pope.

In relation to Koinótes movement and Davídek’s branch of the Clandestine Church, this point turned out to be the point of betrayal, the new iron curtain and exile, in this case excommunication from the Church.
In discussion forums of ICRN we jointly search for the reference points for the Christian life in secular world.

Host organisation of the ICRN Conference in Bratislava is ok21. Who we are?