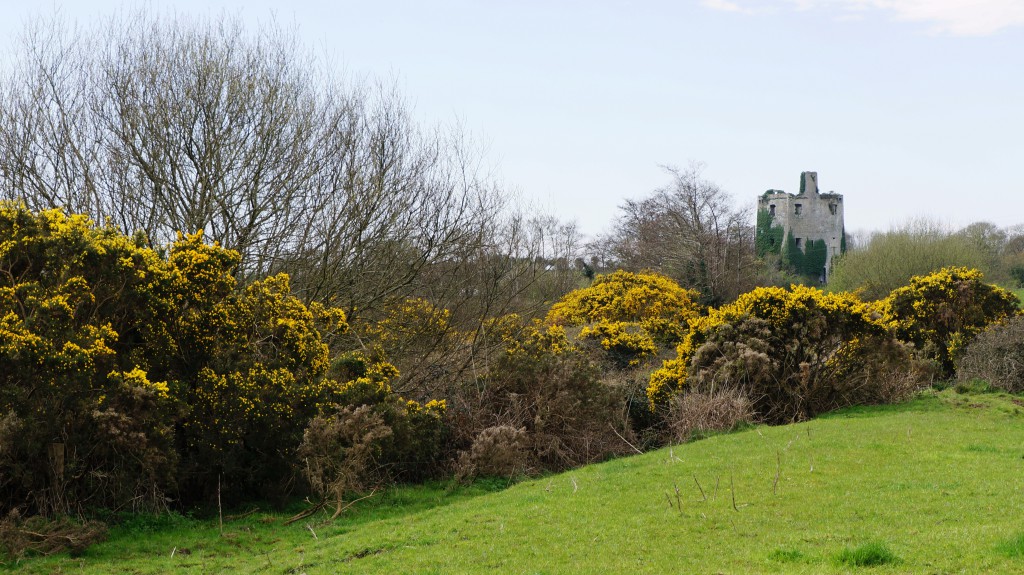 The story of the civil association ok21[1], which came formally into existence in January 2014, overlaps with the story of the former civil association Theological Forum[2]. Theological Forum was founded in 1995 by those, who are today in their 60s[3]. Most of the founding members had been coming together long before the Velvet revolution in 1989[4]. The religious experience of this generation was rooted in the spirit of the 1960s, in the years of our adolescence. At that time, political prisoners were gradually being released from the prison. Among those there were many priests and the religious in the age of our fathers. They had education and wisdom, courage and natural authority, steadfast faith and they were faithful to the church. The world-wide movement of the 60s found its expression in the political moderation and in the Prague Spring of 1968 in Czechoslovakia. The Second Vatican Council found its expression not only in our spirituality, but also in the church’s public life, e.g. in the liturgy held in the mother tongue.

Most of the founding members were diocesan priests. They were coming together with the aim to gain theological education and to attempt to overcome the fear of (post)modern Western theology in the conservative Slovakia. Since 1995, next to self-educational meetings, we also organized the annual symposium “European thinkers” dedicated primarily to the personalities from among European theologians from the German-speaking world, among them e.g. Romano Guardini, Karl Rahner, Bernard Häring, and Dietrich Bonhoeffer. Several of the current authors took part in the symposiums, e.g. Walter Kasper, Paul Weß, Paul Zulehner, Erwin Koller, and Hermann Häring. Hans Küng and Eugen Biser participated by means of a videoconference.

In 2001, in cooperation with the Center for European Policy[5], we started to organize another annual conference entitled “Europe of Values” with the motto “One does not live by bread alone” (Matt 4.4.). While during the early years the symposium was focused on spiritual and moral preparation for Slovakia’s joining of the European Union, in the last ten years we reflected values and ethical motives of the present-day Slovakia and Europe.

The number of priests in the Theological Forum dropped with time. However, the membership of those who were not employed by the church was increasing as well as the number of women. Eventually, the Theological Forum gained good reputation in the circles of reformed thinking in the near countries (the Czech Republic, Austria, and Germany). It had close relations with the Austrian Wir sind Kirche[6]. The Forum got into serious turbulences in 2012, after it supported the Austrian Pfarrer Initiative of Helmut Schüller.[7]

In January 2012 the Theological Forum invited Helmut Schüller to speak at an event in Bratislava. At the time, he was known primarily for the call to disobedience of church authorities (“Aufruf zum Ungehorsam”[8]). The Theological Forum supported him and the Pfarrer Initiative and issued its own text “The Appeal of the Theological Forum” [9]. There are many “reform movements” within the Catholic Church in Europe, but the Pfarrer Initiative has overcome the rift separating clergy from laity and established a reform movement in the name of both priests and laity. Until Easter 2012, there were not more than five such communities. The most important from them was the Irish Association of Catholic Priests (ACP and Tony Flannery[10]). The Theological Forum in Slovakia was one of them. The Roman Curia has decided to suppress this kind of reform movement from top down. Benedict XVI condemned Pfarrer Initiative during Missa chrismatis[11] on the Maundy Thursday. Even though he did not name anyone, all knew whom he had on mind. The agencies interpreted it as clearly a toughening of “the definitive” Roman line that affirms celibacy of priests and does not allow for priestly ordination of women[12].

In Slovakia the supposition was confirmed that the agenda of the Roman Curia was distributed through the papal Nuncios. The bishops dedicated a short passage in their own words to the warnings from those who want to rupture the church. Cardinal Jozef Tomko[13] preached in Banska Bystrica (he celebrated Missa chrismatis substituting the local bishop there) using approximately the same words as the Pope (Benedict XVI).

Consequences for the Theological Forum

After the festive prelude, ordinary formal consequences followed. At the time of the crisis, the Theological Forum had about 50 members, out of whom only a small minority were priests. From them only five were actively serving in the dioceses and only the names of three of them were posted on the website of the Forum[14]. Their local bishops demanded from all of them, under the threat of church discipline, to recant the Appeal and to withdraw from the Forum. All of the priests complied and the president of the Forum publicly withdrew his endorsement of the Appeal on the website of the Archbishop’s office in Bratislava[15].

The position/situation of ok21

The membership consists of 25 people, out of who about ¾ were in the former Theological Forum. None of them is in a religious order, a diocesan priest or employed by the church.

The following notable personalities of the Christian life in Slovakia are members of ok21:

– Katarína Deáková[18], an activist of the movement “daughters of political prisoners”,

– Anton Srholec[19], probably the most charismatic and publicly known priest in Slovakia,

– Dušan Špiner, Bishop of the underground church in the former Czechoslovakia. In 2011 he was awarded the price of the Herbert Haag Foundation for Freedom in the Church in Vienna[20],

– Marián Zajíček[21], one of the two catholic priests in Slovakia, who signed the political manifest Charta`77 [22] in the former Czechoslovakia,

– Peter Žaloudek [23], a Capuchin monk in the underground church in Slovakia, after emigration a religious activist in Austria.

Since 2012 the present-day ok21 cooperates with the reform circles in German-speaking Europe (Pfarrer Initiative Österreich, Wir sind Kirche Österreich, Wir sind Kirche Deutschland, Tagsatzung Schweiz, Pfarrer Initiative Schweiz). For the first time we (at the time as the Theological Forum) associated ourselves with the initiative, which was taking shape in Luzern at the occasion of awarding the Price of the Herbert Haag Foundation for Freedom in the Church to Helmut Schüller and his Pfarrer Initiative (April 22, 2012). The mutual cooperation was initiated by the Herbert Haag Foundation (Hans Küng and Erwin Koller) and its concept was prepared by Hermann Häring. This was two weeks after Easter and thus at a time, when, next to the strict intervention of the Pope Benedict XVI against “the disobedient priests”, other disciplinary action against priests in Ireland and in Slovakia was already known. Helmut Schüller updated his acceptance speech and in its beginning expressed his solidarity with the endangered priests[24]. Our cooperation still continues and thanks to it we were able to participate as observers at the subsequent meetings of the reform initiatives in Luzern (2013-2015) as well as at the Limerick Conference 2015.

Our relation to the reforms of the Roman-Catholic Church has been rather hesitant in the last couple of years. We think that the Roman-Catholic Church, represented by Rome and the official authority derived from it, has enough organizations, persons, instruments and money in order to be able to reform itself; if it wanted. Why should the Christians, who are constantly pushed to the margins of the church (not included, excommunicated), bear the two burdens: to live faithfully as Christians in disfavor and on the fringes of the (official) church and at the same time to use their strengths to its reform? Therefore, we want to support the idea, which was affirmed also by the participants at the last meeting in Luzern (March 9, 2015), that the reform movements need a reform. In ok21 we first want “to understand ourselves” and not to reform the “Office”. We find the following topics important for our work:

Current activities of the ok21

We are getting to know the roots and common characteristics of Christian churches within the discussion forum Christianity and/or Christianities?
Last year, at the occasions of great anniversaries of Christian reformation, we undertook a detailed study of the reformation of Jan Hus (in 2015 600 years passed since his execution in Constance) and we made an excursion to Prague (in 2015 is the 600th anniversary of the first mass administered “under both kinds” [25]).
This year in May we plan to visit the important places of the Reformation in Slovakia (connected to both the Lutheran and Calvinist reformations).

We are preparing for the 500th anniversary of the reformer Martin Luther (in 2017).

The Synod in Rome and the Slovak “referendum on family”

In relation to the Synod on Family, we addressed the topic of referendum, which was initiated by Christian, primarily Catholic, activists. Its theme was supposed to be a unique status of marriage between a man and a woman, and a restriction of the rights of homosexual couples and of sexual education in schools. This referendum in Slovakia was not successful due to the low turnout. It brought little understanding and a lot of unrest. The same attempt was successful in Croatia. (Also Ireland has a great tradition of referendums in relation to abortions. The last one was held in 2013 following broad media coverage of the “Savita” case[26]).

Until October we plan a detailed study of the theme of the Synod in Rome. We use an extensive study by Hermann Häring and an analysis prepared by Wir sind Kirche as a basis for our discussions.

ok21 continues to organize annual symposiums Europe of Values in cooperation with the Center for European Policy.

In 2013, the texts presented at the discussion forum Christianity and Communism II (Discussion forum XV, Year XII) were published in the book “Emergence, life and the future of the underground church”. Its main text is accessible also in German[27].

For the year 2015 (Discussion forum XVII, year XVI), we’re preparing the theme “Does politics belong to school?” aimed at the question how to teach democracy and administration of the public affairs to the first-time voters without engaging in a political propaganda.

Our community is not tied to any parish. There are even members who live in the Czech Republic and in Austria. Therefore, we meet also in a broader working community. Twice a year (in June and December), we organize a social gathering in the form of agapé that is open not only to the members and sympathizers but also to their partners, children, grandchildren and friends of friends. There are up to 50 people present at such an event.

Thank you for your invitation to the common table.

We are grateful, that we do not have to feel “on the margins” in relation to the reform movements.

We would like to join the work of the Limerick Converence 2015. If you continue to accept us as partners (observers) also in the future, we will suggest our English-speaking members for mutual collaboration.

Society for open Christianity for the 21st century https://ok21.sk/about-us/

[3] Generations of change or »birds in a cage«. 1968 and the problem of generations in Slovak civic dissent.

“From this place I would like to specifically express our fellowship with our friends in Ireland and in Slovakia. In both countries, the priests, who spoke up for an open discussion on the church reform, are put under pressure by the bishops. I mean concretely our friends from the Theological Forum in Slovakia and from the Association of Catholic Priests in Ireland. The church authorities accuse them of dividing the church and say they don’t belong to the Church anymore. They are threatened with sanctions. However, to exercise such a pressure is not worthy of the Church which invokes Jesus Christ. In addition, the bishops should know: it makes no sense to silence the spokespersons of the reform movements. They speak for the majority of the church people and of those active in the congregations.”

[25] communion in both kinds