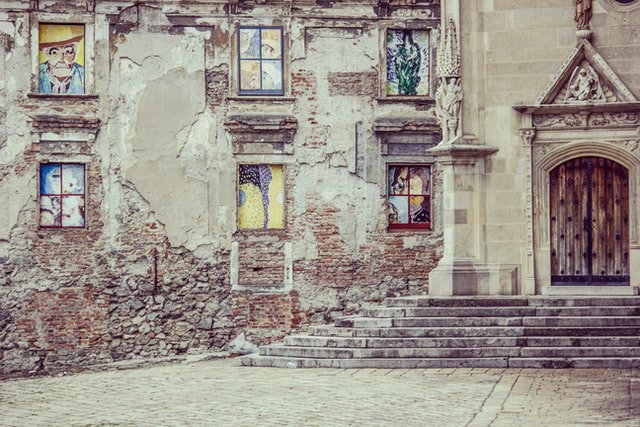 According to the last Census in 2011, two thirds of the population in Slovakia considered themselves Catholic. Although many believers have left the Church since then, the Slovak Catholic Church is still the majority and mass one.

Pope Francis probably has no more critics in Slovakia than in other countries. But he definitely has fewer real fans here than anywhere else. Mentally, the Slovak Catholic Church is the Church of John Paul II.

The Polish pope was born just a few dozens of miles from the Slovak border. John Paul II visited Slovakia as many as three times between 1990-2003. He visited all Slovak dioceses, some repeatedly. Large outdoor masses were organised during all visits. He gave his speeches in Slovak, though not perfect, but likeably understandable. It can be said with certain exaggeration that every Slovak Catholic saw John Paul II in person, many of them more than once.

The legacy of John Paul was understandable.
He clearly defined what was good and what was bad.
What was virtue and what was sin.
This is close to the Slovak mentality.

Francis, however, is complicated.

He questions things that should be clear to any devoted Catholic.
With his attitudes, he questions “eternal truths” that should not be discussed.
He regularly meets people who are not likeable at all.
He does not have a clear answer to every question.

Challenges for the Church are the same everywhere

The Slovak Catholic Church faces the same challenges as all other Catholic churches in the world: significant decline in credibility, decrease in relevance, and loss of contact with younger generations.

Like many other Churches, the Slovak Catholic Church is unable to respond to the changes in society and to present and, in particular, live the Gospel message in a way that is comprehensible and relevant to the 21st century.
The Slovak society is also gradually finding out that the Catholic Church does not have answers to the questions that people ask about their lives.

The decline in church attendance is then only an inevitable consequence.

The tragedy of the Slovak Catholic Church is that it removes personalities who could represent hope for change.

Archbishop Bezák, who was able to appeal to both Christians and non-Christians in the media and in personal meetings and sought dialogue with society as a whole, was recalled by the Vatican authorities (with the assistance of local officials) without explanation after three years in office.

Unfortunately, the Salesian Antonio Srholec (died 2016), who survived a communist prison, cared for homeless people and even lived with them for many years, is no longer alive. He was pushed completely to the edge by his own church. Maybe that’s why he was free, open, and his interpretation of loving Christianity was understandable to everyone.

Despite the size and massiveness of the Slovak Church, no contemporary Catholic priest or bishop is a personality that could address a wider circle or have an overlap into the secular society.

What Pope Francis will find when he visits Slovakia

What will Pope Francis find when he visits Slovakia?

Traditionally oriented majority Church with leaders who are little charismatic.

Church that still plays an important role in the lives of many people, but no longer understands the modern world and is losing touch with the middle and young generation.

Church that does not want and can no longer reflect social trends and sees a solution in the return and strengthening of old traditions.

Church that indulges in mass actions and sacramentalism.

Church that is still highly clerical, underestimating the role of lay people and women and ignoring minorities.

Church that has not been able to fully deal with the dark sides of its past, is experiencing recurrences of right-wing extremism.

Church that is self-centred and has no vision for the future.

What will the visit of Pope Francis be like?

Slovak bishops tend to repeat the bon mot that the faith of Slovak Catholics is Marian and faithful to the pope.

The latter is more questionable. Pope Francis does not evoke such spontaneous emotions among the people as his Polish predecessor. We can expect much lower participation of believers during Francis’s visit, partly also because of the pandemic.
Anyway, ordinary believers are likely to be looking forward to meeting the pope more than their bishops.

The President of the Bishops’ Conference, Archbishop Zvolenský, declared about the Pope’s visit that he hoped that Pope Francis would bring encouragement to the Slovaks in faith.

However, some Catholics would prefer the Pope to symbolically “overturn the tables” of the stagnant waters of Slovak Catholicism.

However, it would be most beneficial for the whole Slovak Church if the visit of Francis opened the door to Jesus of the Gospel. Jesus, who is not a promoter of the ideology of conservatism or hierarchical monarchy, but who advocates those who are suffering and, above all places love to God and man.